Explore Adriatic coastline & ancient history with us on our Croatian holidays. No matter which holiday you choose, each of our holidays to Croatia include return flights, guided ground transfers, accommodation and an expert, local guide to assist us on our journey.

Select A Guided Yoga or Walking Holiday To Croatia 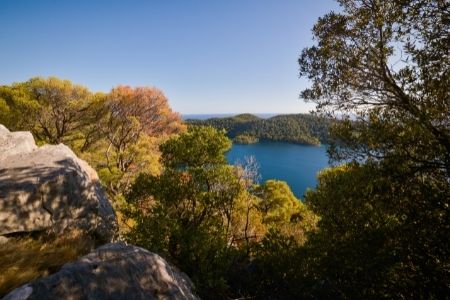 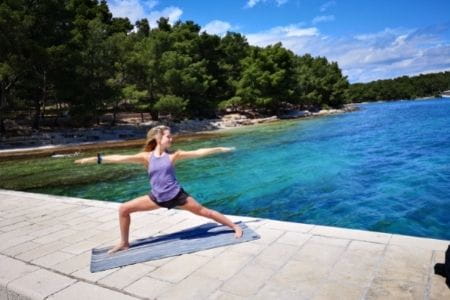 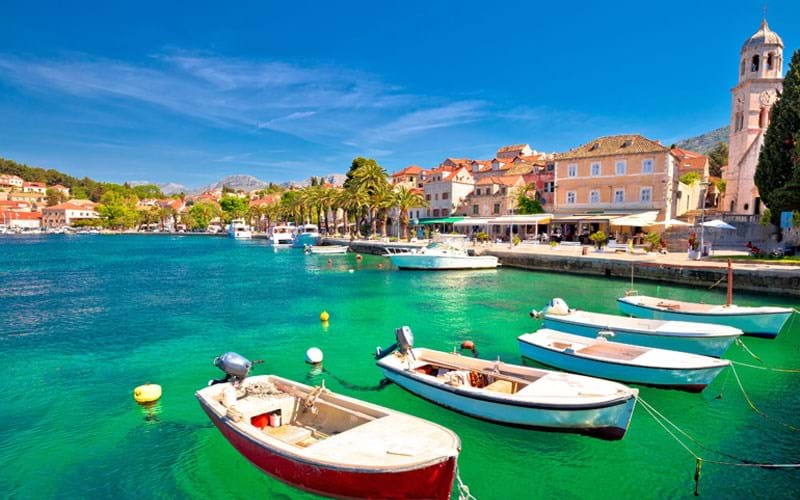 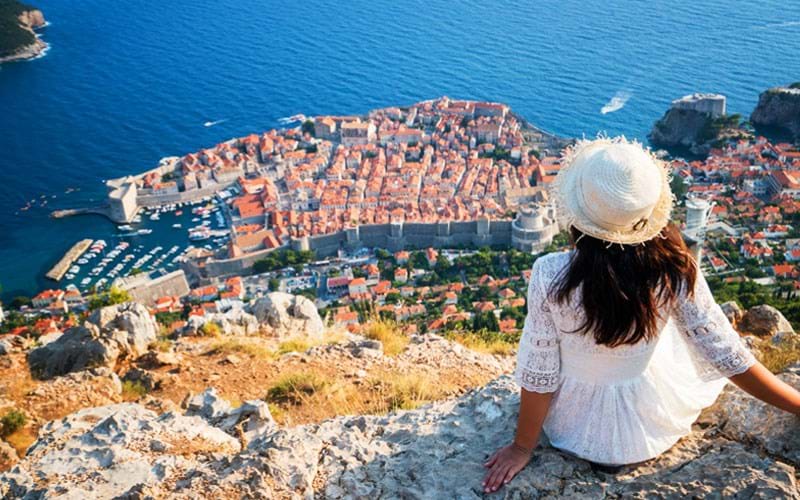 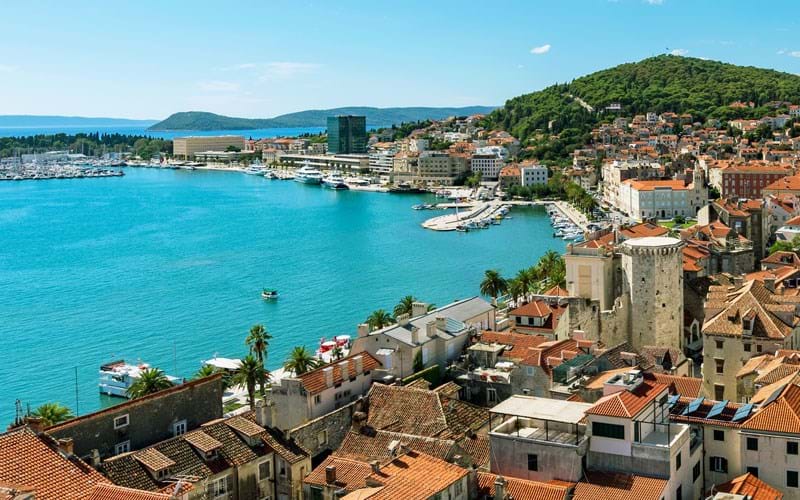 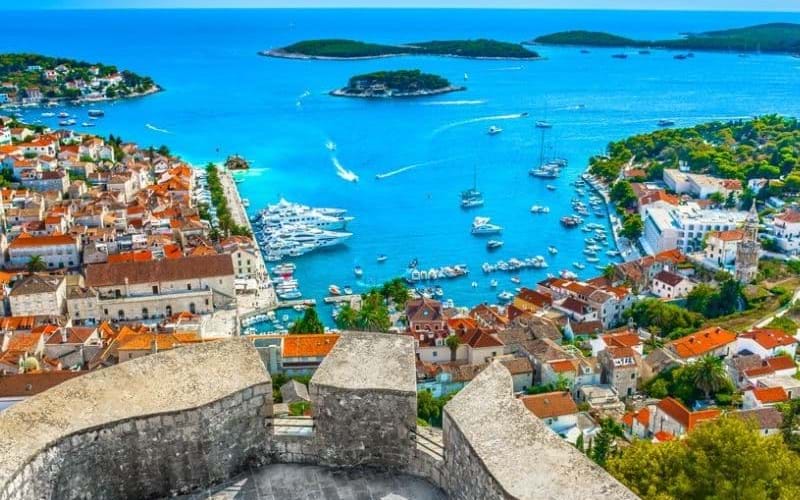 The historic region of Dalmatia has been highly coveted for its ample coastline all the way back to antiquity, passing through the hands of the Romans, the Venetians and the Austro-Hungarian Empire, to name a few. Stretching from Rab in the north to the Bay of Kotor in the south, the Dalmatian Coast is over 350km long and boasts 79 islands and around 500 islets, making it the perfect destination for those looking for a holiday by the sea. On our holidays to Croatia, we’ll have the opportunity to experience the beautiful beaches and emerald waters of this stunning region.

The stunning coastal city of Dubrovnik is famous for its distinctive Old Town, dotted with red-roofed buildings and encircled with 25m high stone walls. These iconic walls were built between the 13th and 16th centuries, and are still intact despite the siege and bombing of the city in 1991. Inside the city’s walls lie a number of well-preserved buildings including the baroque St. Blaise Church, the Renaissance Sponza Palace and the Gothic Rector’s Palace, now a history museum. The city is also well known as a backdrop for the popular TV show, Game of Thrones.

The city of Split is the 2nd largest in Croatia and the largest in Dalmatia. Paved with smooth white limestone and boasting a number of impressive historic buildings, Split is not to be missed when visiting the country. The city is most famous for being home to the ruins of Diocletian's Palace, built for the Roman emperor in AD 305. Originally constructed for the emperor’s retirement, today it remains one of the most well-preserved ruins along the Adriatic coast. On our Yoga Holiday to Croatia, we’ll spend a night in Split and enjoy some free time to explore at leisure.

“The Island of Lavender” is one of the most idyllic of the Dalmatian Islands and it's the perfect for a yoga escape. Stari Grad, its main port, is considered to be the oldest town in Croatia. Go snorkelling in the sea, cycle to the centre of Vrboska or explore the abundant surrounding nature.

Magical Mljet resembles an Adriatic island paradise as 72 per cent of the island is covered by forests, while the rest is dotted by fields, vineyards and small villages. 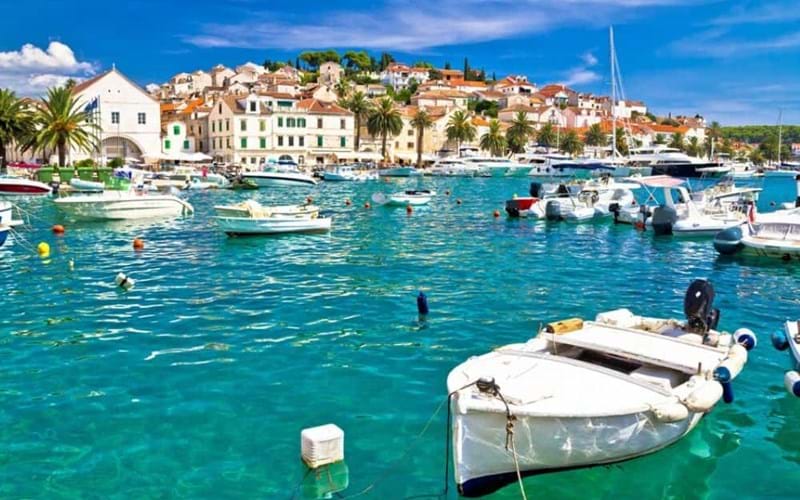 Boasting an intriguing blend of beautiful scenery, fascinating culture, and ample coastline, it’s easy to see why Croatia has become one of the most popular holiday destinations in Europe. On our holidays to Croatia, we’ll offer unique ways to explore this stunning country, from a Walking Holiday through the breathtaking countryside to a Yoga Holiday on an island in the Adriatic. Discover a new trail with us on our Croatia Walking Holiday. We’ll enjoy 5 days walking and see some of the country’s most iconic highlights including Dubrovnik’s Old Town, Mljet National Park and the islands of Lokrum and Korcula. Each day, we’ll be accompanied by an expert, local walking guide to show us the way. On our Croatia Yoga Holiday, we’ll enjoy a relaxing and invigorating retreat to Hvar Island, just off the coast of Split. A highly qualified instructor from MOONS Yoga Loft will lead us in twice daily yoga classes, and we’ll enjoy plenty of free time between sessions to explore the island at leisure.