Experience India; a place that is mesmerising, exciting and at the same time chaotic and bewildering, but that’s what makes India so special. While the crowds and poverty can hit you with initial culture shock, these are not the things I remember from my time in India. Be patient, disregard the idiosyncrasies and embrace India for all the fascinating things she has to offer. Travelling to India is a journey for both the senses and the soul. One minute you’re looking out the bus window in awe at the interactions of the locals, and the next you’re contemplating the meaning of life having learned of the origins of Hinduism. You simply don’t get an experience like that when lying by the pool on the typical sun holiday! Here are just a few of my top reasons why India should be high up on everyone’s travel bucket list:

Warning: on arrival in Delhi, some initial culture shock is to be expected. I don’t think I have ever seen so many people in one place before. It is always rush hour in India, with high levels of constant traffic a standard, but my initial feelings of bewilderment quickly faded. Old Delhi is loud and chaotic, but it has wonderful character. If India had a theme tune it would most definitely be the sound of hooting tooting traffic! The busy market place of Chandi Chowk is best experienced by rickshaw. Winding through the busy narrows lanes was an entertaining ride I will never forget. The hustle and bustle of Old Delhi contrast beautifully with the relative calm of New Delhi. Dusty alleyways give way to broad avenues filled with greenery. I saw children playing cricket in Princes Park, a reminder of the British Rule that was present in India up until 1947. A visit to Humayun's Tomb, often referred to as the predecessor to the Taj Mahal, is also a must see while in Delhi. 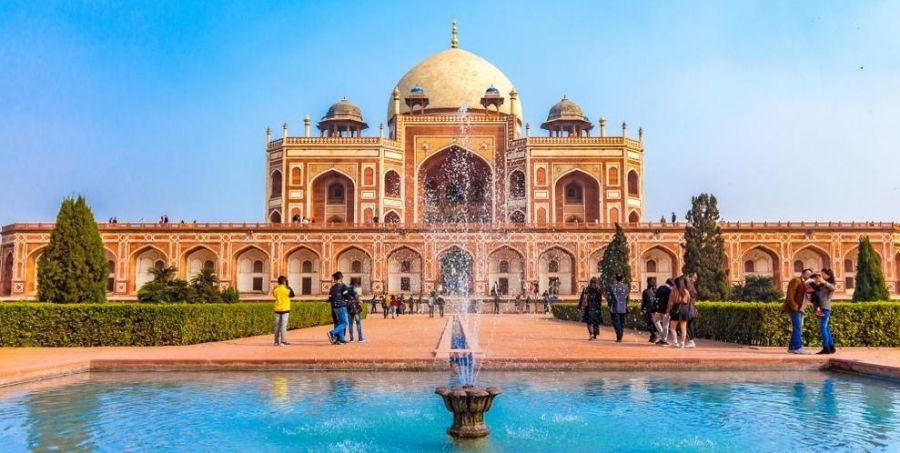 The food in India is just as colourful as its history. Dishes are rich, varied and brought to life by the use of herbs and spices. Food is an important part of Indian culture, playing a hugely significant role in everyday life. Being a vegetarian, I was spoiled for choice in India with its predominantly meat-free cuisine. One of the staple foods for the layman in Rajasthan is a simple potato curry and bread, a humble, comforting dish. For tourists, street food is generally for smell and sight only, unless you have a particularly strong stomach! If you want to taste something authentic, but are keen to avoid the dreaded “Delhi belly”, opt for local restaurants over food stalls. During my trip to India, I ate some of the best food I have ever tasted with the locals. And it tastes even better washed down with a Kingfisher beer! 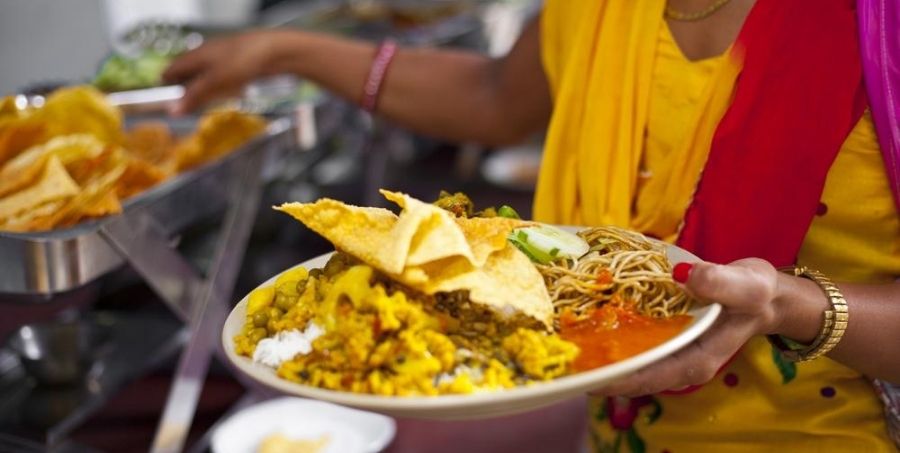 The pink city of Jaipur

Jaipur is the capital of Rajasthan and lies predominantly in the desert. It is popularly referred to as the “Pink City” due to its trademark red-washed buildings. The city has many famous monuments; however one in particular has become iconic. The Hawa Mahal, or Palace of Winds, is an ornate five-storey façade, built during the 18th Century. Its purpose was to allow the women of the royal household to observe the streets below while remaining anonymous. Another highlight is Amber Fort & Palace, which is situated on top of a hill. Built in the early 1600s, Amber Fort & Palace is home to the stunning Hall of Mirrors, a beautiful collection of over one million pieces of glass mirror tiles, as well as coloured glass that adorns the walls and ceiling. You can take some cool trick photographs in this hall by aiming your camera at certain pieces of mirror in order to capture something in another part of the room. 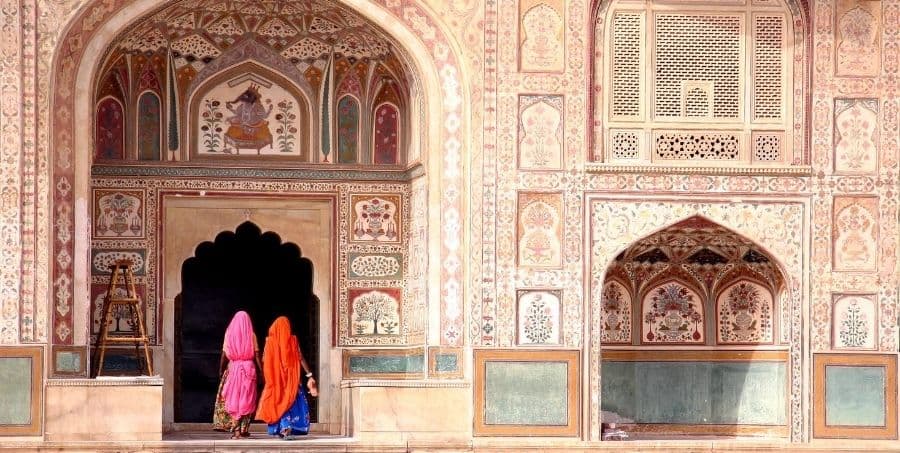 If you have plenty of patience, a great sense of humour and a willingness to interact with the local people, your travel experience in India will be greatly enhanced. Chat to the locals when you get the chance. After all, it is they who know the country best. However, be prepared to be asked to feature in a lot of photographs! For some locals your lighter skin tone will be a complete novelty, and children in particular will be keen to pose for a selfie with you! One of the highlights of my trip was a visit to the night markets where I met a local tradesman who referred to himself as “Mr Lovely”. He had a fantastic sense of humour and great banter was had bartering with him for textiles. From my experience, the Indian people are extremely friendly and welcoming. One of the things that fascinated me most was the number of different religions that live together in peace. The majority of the population practises Hinduism. However, there is a large portion practising Islam, as well as other religions such as Christianity, Sikhism, Buddhism and Jainism. During my trip, I witnessed men in skull caps worshipping on prayer carpets in the Jama Masjid mosque, ladies in bright orange saris with their feet painted red entering a Hindu temple, and I even got to join in with the celebrations on the streets of Jaipur during the Ganesh Chaturthi festival, celebrated in honour of the elephant-headed god, Ganesh.

No trip to India would be complete without a visit to one of the world’s most well-known buildings. The Taj Mahal was built in 1560 by Shah Jahan in memory of his Queen, Mumtaz Mahal, to enshrine her mortal remains and to act as an enduring symbol of the love they shared. This architectural marvel is a visual masterpiece of white marble inlaid with semi-precious stones. It took 20,000 men 22 years to build this stunning mausoleum. Lying majestically on the banks of the Yamuna River, the Taj Mahal is unparalleled in its beauty. Ever since I was a little girl, I dreamed of getting to see this wonder of the world with my own eyes. And now that I have, I can safely say that it lived up to every expectation I had in mesmerising fashion. It truly is awe-inspiring. Sitting on the bench made famous by Lady Diana during her visit in 1992 was a real “pinch me” moment. Despite the thousands of visitors that the Taj Mahal receives every day, it is tranquil and peaceful. Watching the sun set over the Taj Mahal is one of my favourite travel experiences to date, and a must for any visitor to this beautiful country. 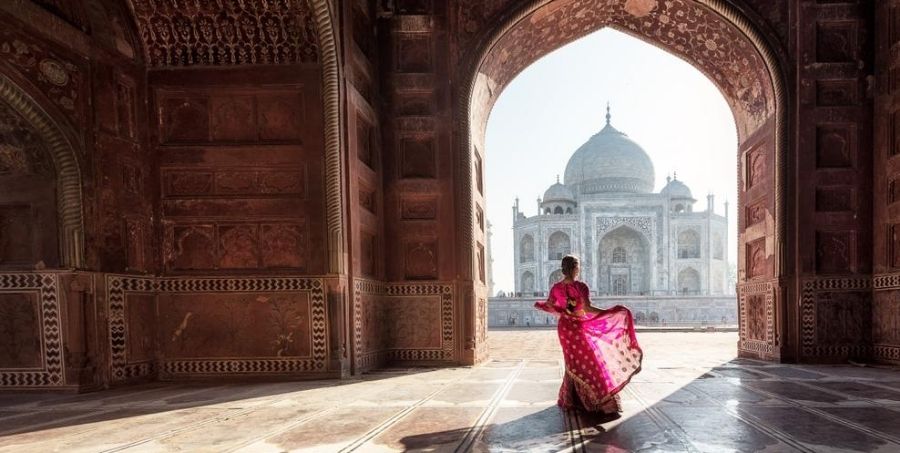 Are you inspired to embark on your own Indian adventure? TD active Holidays have a full range of exciting small group tours to incredible India. If you want to cycle around the streets of Old Delhi, check out a Bollywood movie with the locals, have your own “pinch me” moment at the Taj Mahal and experience the River Ganges then our  Explore India holiday is for you!

No matter what kind of Indian adventure you are looking for, we can take you there. We include flights, transfers, accommodation, exciting excursions and a local expert guide meaning all you have to do is show up ready to embark on the holiday experience of a lifetime!

From the uncultivated beauty of Romania to the colourful culture of India, we’ve picked the best destinations for an adventure holiday in 2023. ... 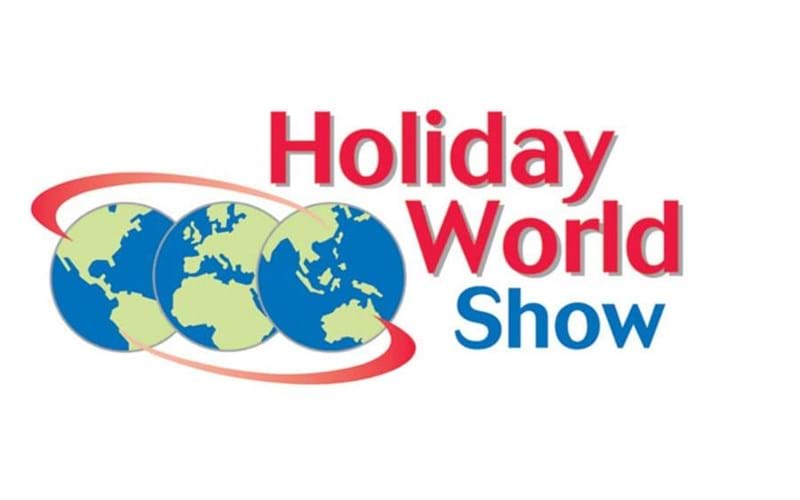 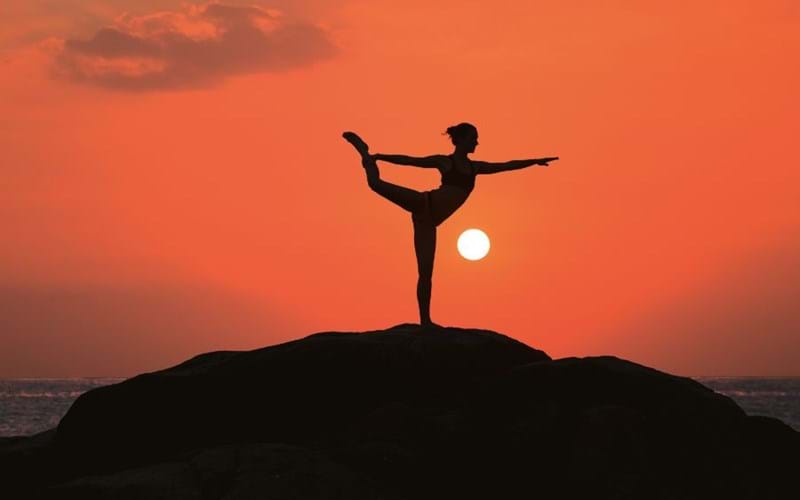 Choose an adventure holiday in 2023

Enriching experiences can make you happier and healthier throughout the year, so what better way to start 2023 than planning an adventure holiday? ...